Sir Richard Branson founded The B Team to create a “Plan B” for the business world. Sixteen forward-thinking leaders were selected to tackle three huge challenges (incentives, leadership, and bottom lines) that would push businesses to prioritize social, environmental and economic benefits as well as financial.

The kickoff was three weeks away, and they had only the roughest content. I helped them with the functional outline, quickly figuring out what this site could and should be. They needed a fully responsive microsite to host the event’s livestream and resources.

I organized a partnership with Tagboard, a moderated aggregator of all social media posts using the same hashtag, so that participants could share ideas during the event.

Red Antler was rebranding the main site for The B Team, so I designed a distinct but matching theme that picked up their bold typography and colors, and grabbed as much HTML/CSS from their staging site as possible. 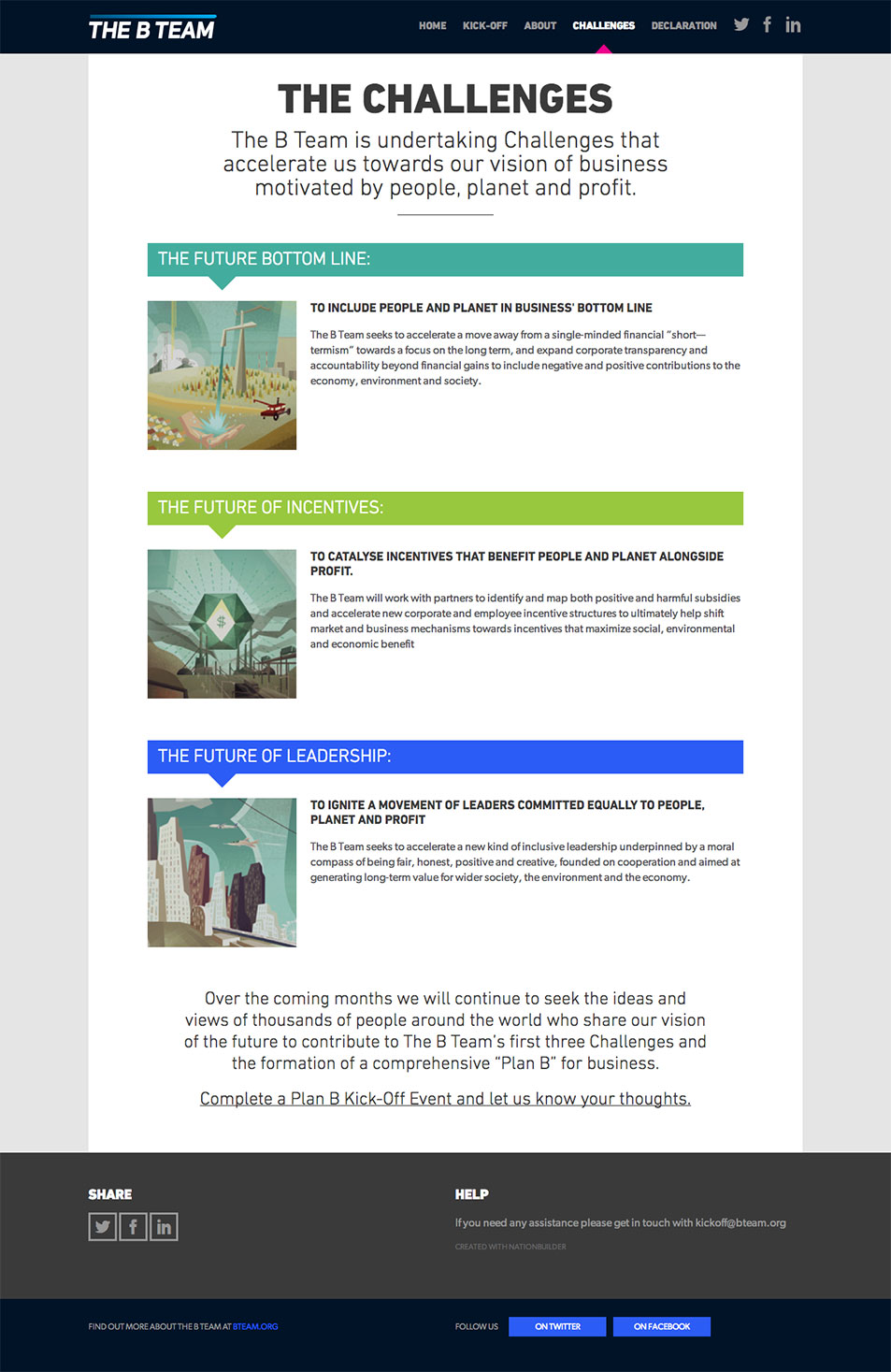 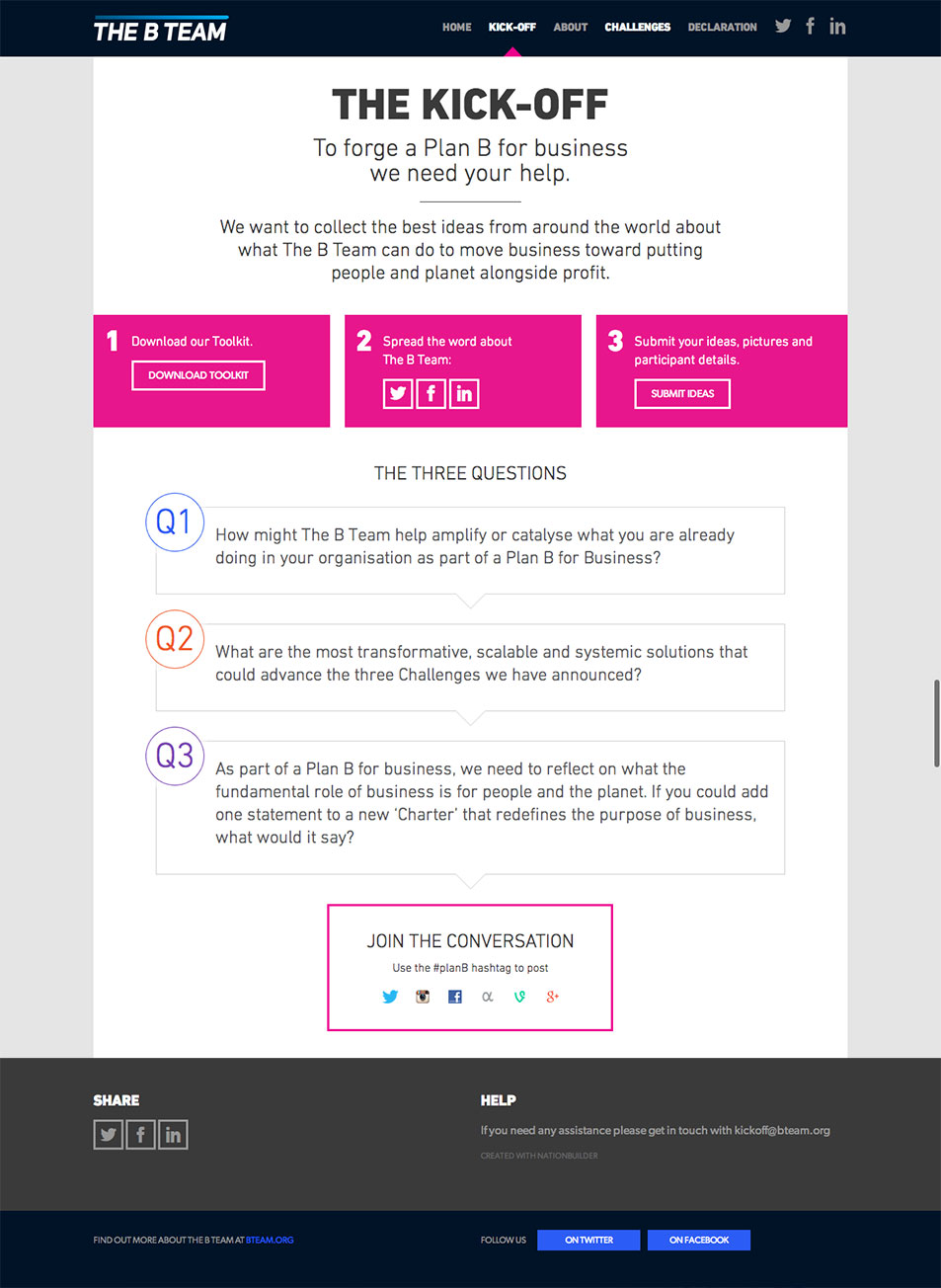 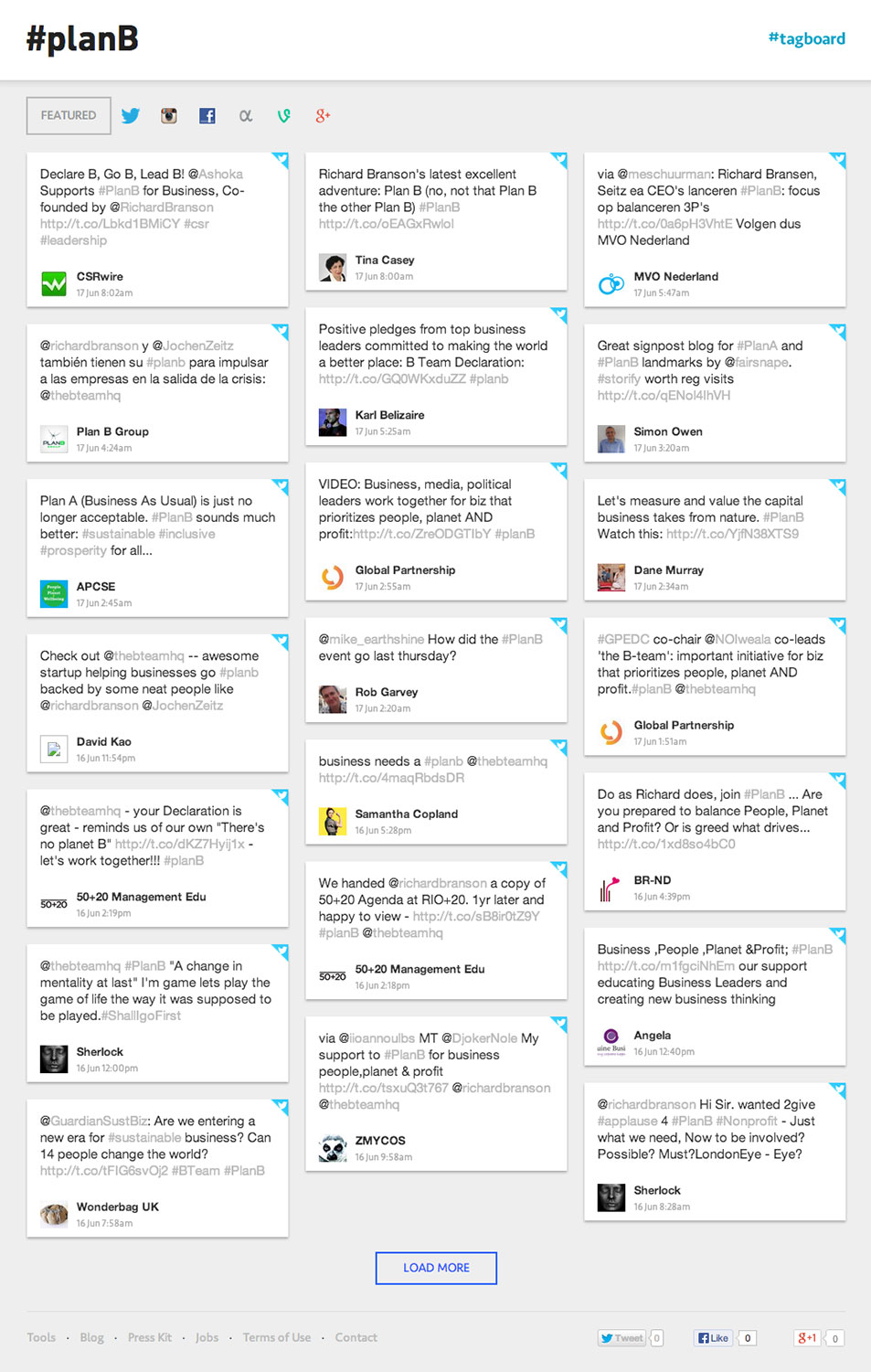 We started with a splash page to collect registrations while we worked on the rest of the site. They wanted to use their existing content management system (NationBuilder), so I quickly learned its setup and the Liquid templating language.

Then I figured out the third-party integrations. I negotiated a partnership with Tagboard to display social media posts during the event. I mapped 200 partner organizations using Mapbox, with a Google spreadsheet for the database so that project managers could easily add new points themselves. I implemented FitVids to get the provided livestream to work in a responsive template. And custom CSS made all the add-ons seem seamless.

The site launched on time and on budget, and the event went without a hitch. I stayed up until 6am EST to cover IT support during the event, and helped them implement a news ticker in the last minutes before kickoff.