Superstorm Sandy hit the city on October 29, 2012, and the destruction was overwhelming. It was hard to know what to do; power and information were spotty. But two days later, volunteers who knew each other from Occupy Wall Street had an “Occupy Sandy” site up.

Volunteers were down in the hardest-hit areas, working according to Occupy’s principle of mutual aid (listening to locals, learning from them, and working together towards long-term recovery — not the drop-off mentality of charity). A group known as Interoccupy worked to spread the information by publishing it on an arm of their Wordpress Multisite. The site had some of the most comprehensive and up-to-date information about donation needs and active locations. But the design needed help.

The site was dashed together as one long and hard-to-read page. I volunteered to redesign that front page, creating a better hierarchy of information. (But the scope quickly grew. In six days, we redesigned and rebuilt the whole site. Details here.)

I avoided a typical commercial logo, using a type-on-photo treatment that was less top-down and more easily replicable. I used volunteers’ photography and minimal styling to present the story straight from the eyes of the people.

High contrast colors and clear iconography help visitors find their way. Typefaces, icons, photography and source code were all open source, so files could be shared among volunteers.

I also worked with the Sahana Foundation to create a custom skin for the inventory and case management tool (used by the dispatchers and coordinators). 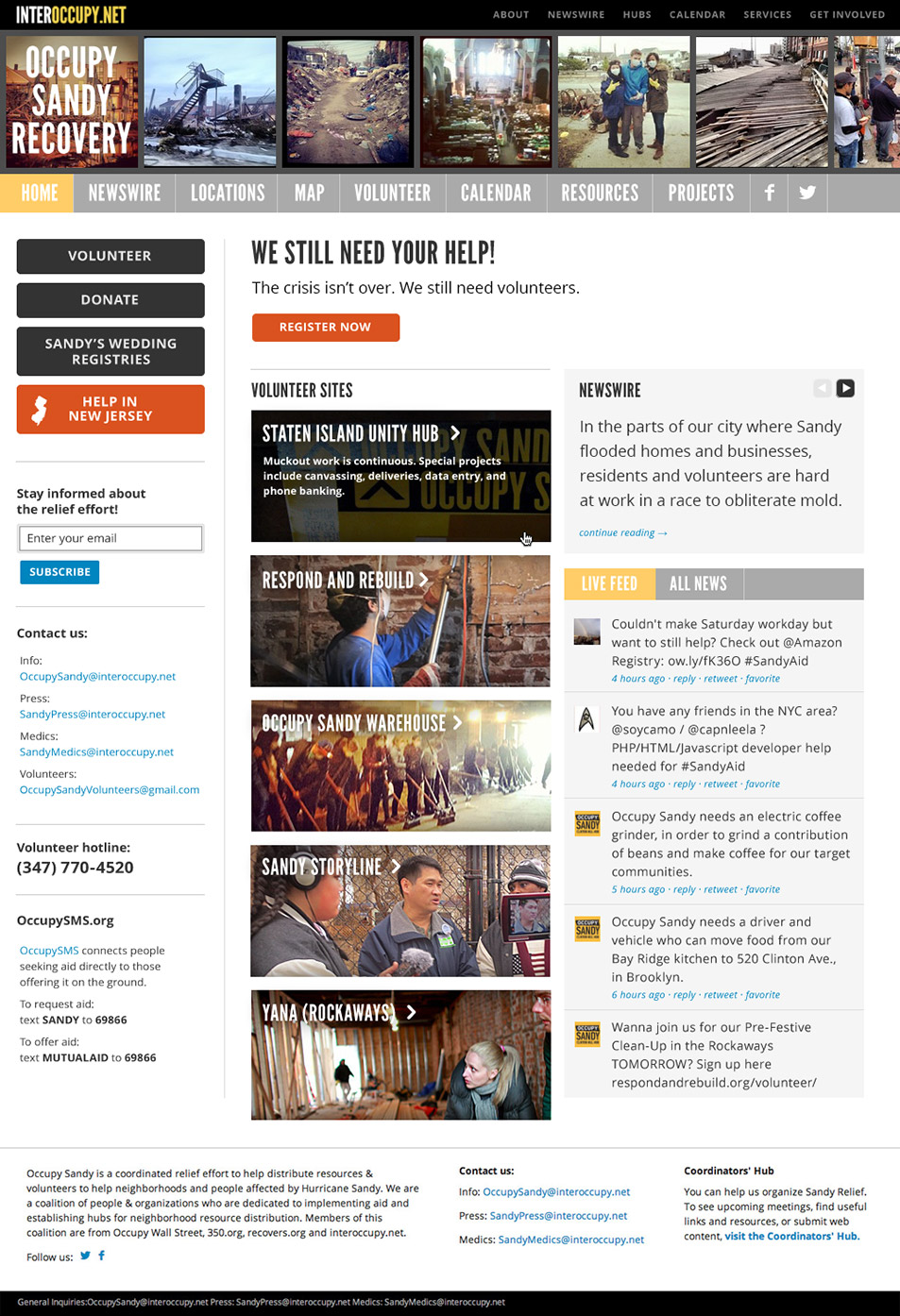 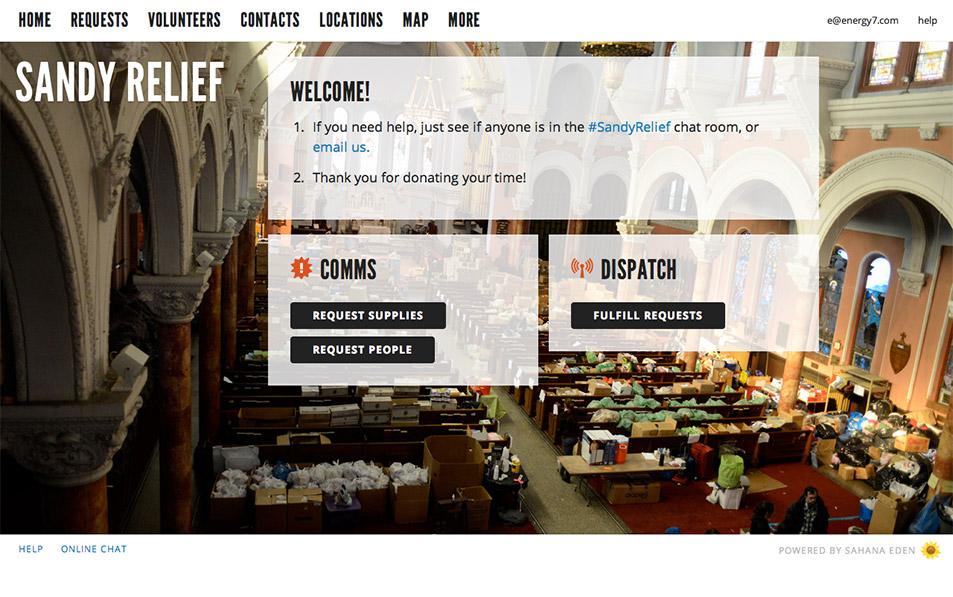 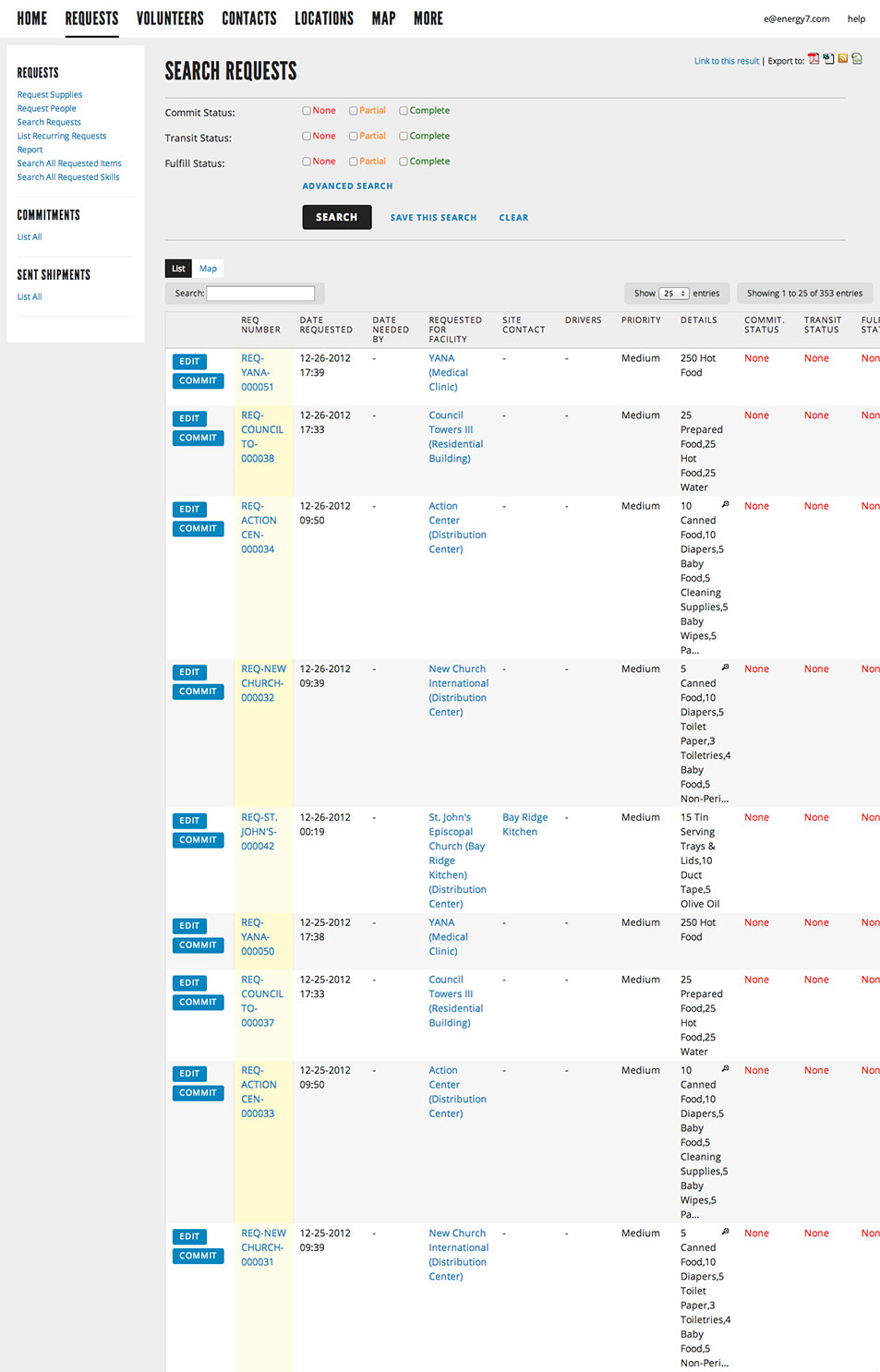 I did all the CSS for the Wordpress site. Gregg Osofsky and friends built the Wordpress backend and Patricia Lutz maintained it after launch.

For the inventory system, I used LESS and Codekit to create an organized stylesheet, and even installed Python to modify the template files. The Sahana Foundation has since incorporated my theme into the main product (their disaster management platform).

We redesigned and rebuilt the whole site in six days.

Occupy Sandy raised nearly $1.4 million, and it went directly to effective community groups in affected areas (instead of large, corrupt or inefficient bureaucracies).