Caravan is a web app that helps teams work together by keeping feedback all in one place. They needed branding and app design before a big conference.

They sent me an old Budweiser commercial as the sole visual reference. They wanted something retro, but not kitsch.

I used old-man brown to anchor the brand, with pops of turquoise and red to wake it up. I created a custom logotype based on a script from an old baseball jersey, and chose the classic Franklin Gothic from Typekit to have a wide range of weights and widths among the app’s components. 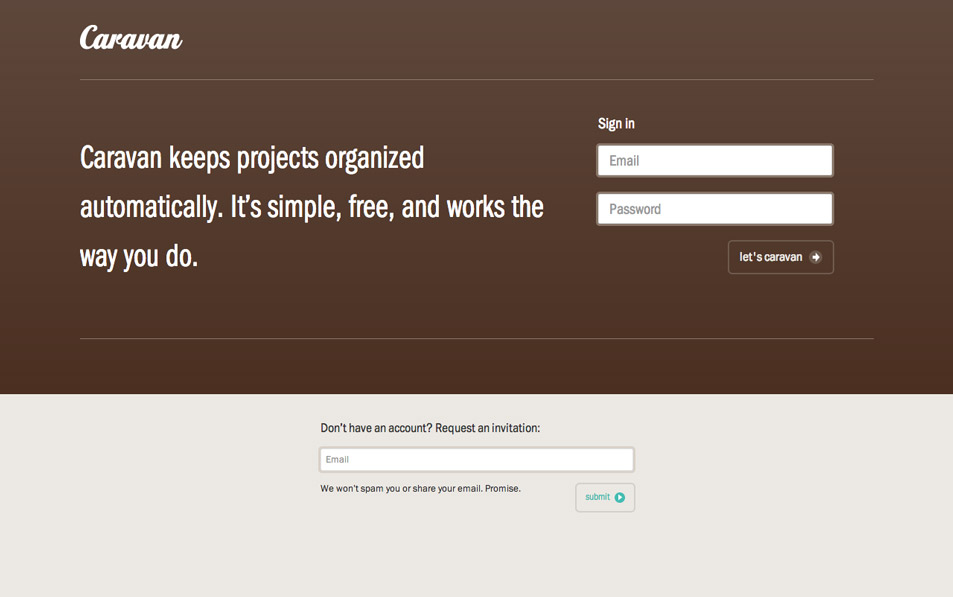 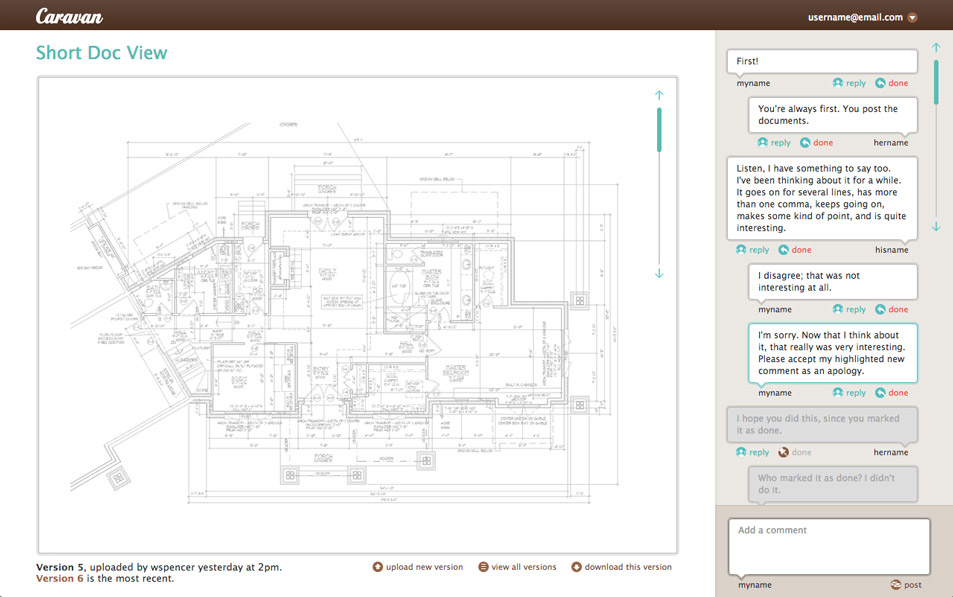 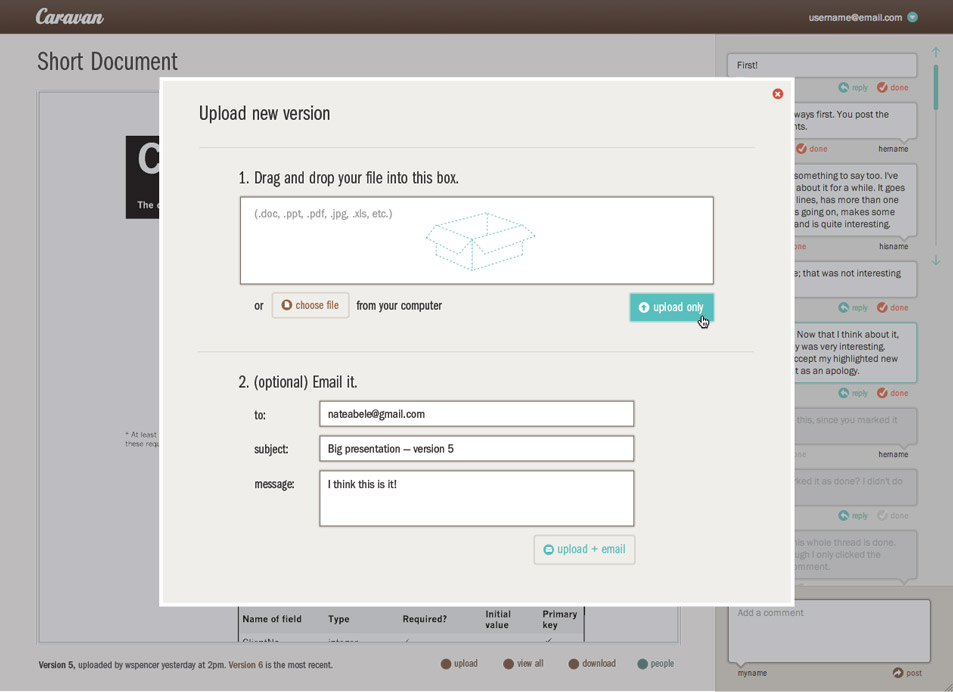 Working with their Ruby on Rails developer, I wrote HTML/CSS/JS in their actual dev environment, and made the whole app responsive on desktop/tablet/mobile.