2015 was interesting… I don’t feel like I did a lot, but leafing through my calendar revealed some big trips and changes. Many significant things were on the personal side: nice resolutions with family or new connections with friends. But my work had some bigger transformations. Here’s what I learned from each major effort.

Set goals for the first time ever

I learned that I do have goals! Pushed to write 115 of them as part of a group, I managed to articulate some clear ones (big and small, fun and serious). It was amazing both to see a single sheet of aspirations for one year, and to watch as the sheet got crossed off. Or didn’t — the ones unfinished were an interesting list in themselves. I saw that I overcommit, and spread myself too thin. This year I’m going to prioritize ruthlessly, and follow the “essentialism” maxim of “less, but better”.

My second semester teaching at Parsons was great. I got my course plan really tight, and Parsons sent it to their sister school in India as model Interaction Design curriculum! (Hoping they need a guest lecturer sometime…) I signed on for one more year, and I’m going to try to blog more as I revisit the material. It’s great to return to the academic/critical side of design, versus the corporate/practical.

Got a perfect client (TurnTo), and fired the rest

Thanks, Cushion! I’d wondered why 2014 felt so stressed; when I plotted everything into Cushion I finally saw. One client was 50% of my projects, but only 20% of my income. Other projects (especially the volunteer ones) dragged on for months.

So when a smart, funny, remote-friendly, well-funded startup wanted to extend our contract, I said YES. Three days a week was enough to make real progress without burnout. It left me time to teach, and make real progress on personal projects in the off-seasons.

I took 10 days retreating at balmy Sivananda for chilly March, and 5 days at peaceful Kripalu for introspective Xmas. Both trips made me feel SO much better and centered (though I wasn’t even feeling bad before). Yoga retreats are a great pre-planned vacation, with a full schedule of healthy activities, lectures, and food. I learned some slow, relaxing yoga that’s helped keep me healthy and more easily focus. 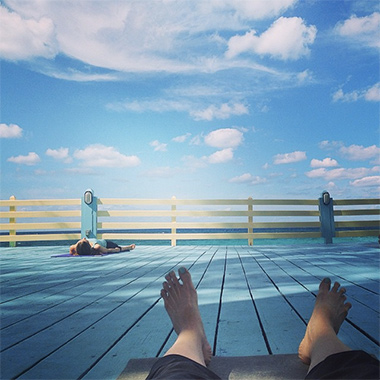 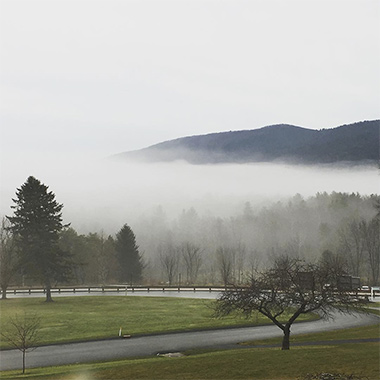 Spoke at the NY Media Center

I was invited to speak to the Creative » Founder Lab at the NY Media Center in DUMBO. You can check out my “Prototyping for Startups” slides and cheat sheet if you’re into that stuff.

After several years doing a second shift of volunteer projects, I proactively chose one group this year so I could say no to any other requests with a clear conscience. Black Girls Code is a well-run group making great changes in tech, and I had a great time teaching two UX/UI workshops to middle and high-school girls. The side benefit: because I’d focused on this one group, I found myself promoting them more often; I felt a stronger connection than if I’d just been a donor or a casual volunteer. 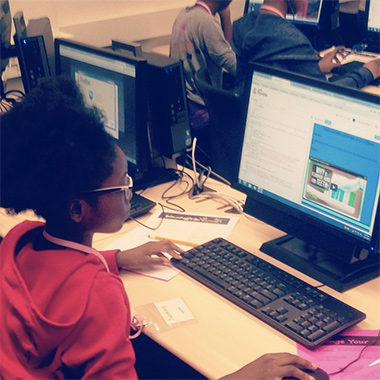 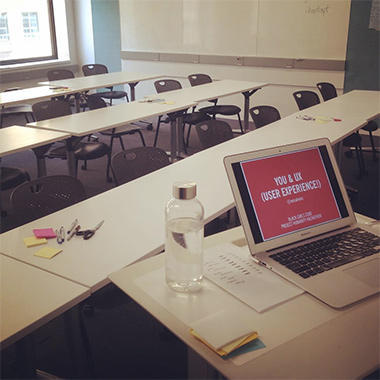 Learned Rails & gave up a side project

This was the most challenging thing by far. I really wanted to rebuild my neglected yoga site with a CMS and actual backend. I can do frontend like an expert, but I hired Susan Robertson to do a chunk of work and focused on learning the less affordable part. Rails seemed within my grasp as a backend, and friends confirmed that it could do everything I wanted fairly simply. I spent about 10 months reading Rails books, watching videos, and going to meetups. Some resources were great; many were out of date or conflicting. It was hard, it turns out my idea actually had a lot of super complicated pieces. I gave up. I started again.

Finally I gave myself a Thanksgiving deadline. I got a lot done, but the most complicated parts remain. And even if I figure them out, I’ll have to keep them working through gem upgrades and technology changes. And all this technical knowledge I’ve gained will fade unless I keep doing Rails projects (which is not really an interest).

So, unless I want to turn this into a real business that pays for its own programmer, I’ve let go of this forever project. It was really helpful as a designer to learn how to think like a backend developer, in states and patterns, and also to be REALLY BAD at something and learn how to deal with that again. I still wish I could launch the site just for the responsive calendar design I made, but I’ll just take it forward into something else.

I loved the few museum trips I managed (the new Whitney, the Art on Paper show, a Chelsea crawl) and a bunch of summer dance shows. I did even more hyper hobbies this year (sailing, tennis, shuffleboard, drums, spinning, dance, hiking, and a 5k trail run). 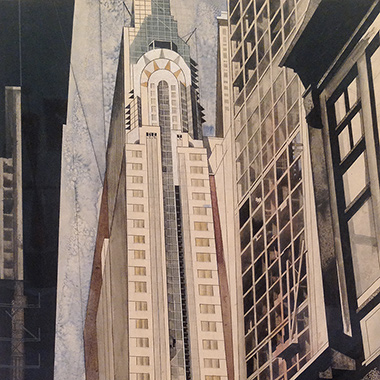 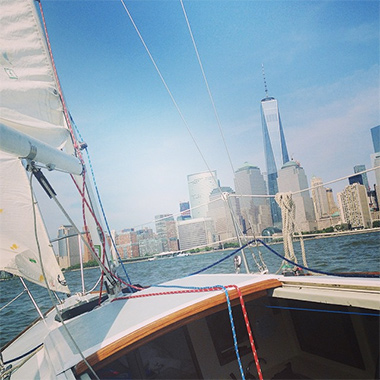 Earl Horter at the Whitney, sailing on the Hudson

I finally decided to look at the lifestyle issues contributing to some annoying chronic back pain. I got a standing desk at home, went to a back care workshop with Alison West, did three months of physical therapy, and had three sessions of Rolfing. I learned tons about my habits. It was well worth the effort. Writeup to come! 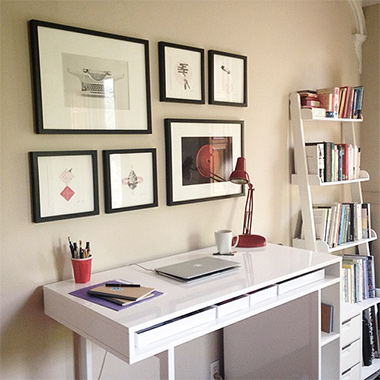 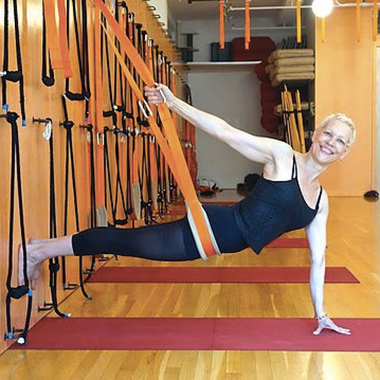 Standing desk at home, back care with Alison West

I meant to write some notes directly after the amazing week, but 2015 was not my year for blogging. A bushel of hearts for XOXO. I was really moved and energized by the spirit and speakers of the conference: Dan Deacon’s performance dance party, You Look Nice Today’s reunion, Amit Gupta’s narrative, Rami Ismali’s lesson, C. Spike Trotman’s hustle, Kathy Siera’s return, and many more. I’ll definitely be back. 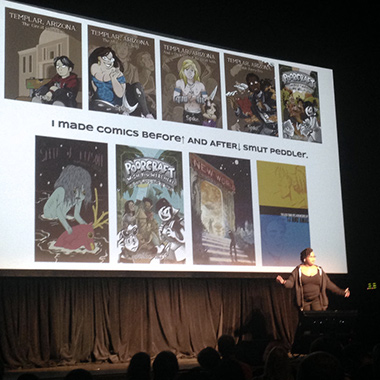 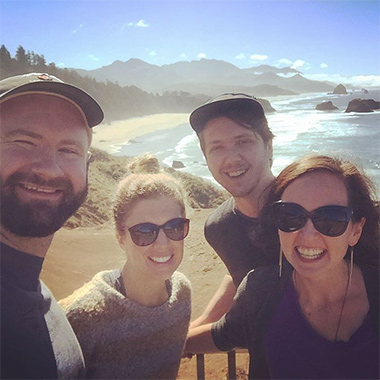 C. Spike Trotman and some fools at XOXO

Got another perfect client (The Gates Foundation)

With my calendar simplified, I was able to say YES when an opportunity dropped in my lap. A friend of a friend at the Gates Foundation needed some marketing and sub-branding help, so I get to work with my BFF for an organization making a huge positive impact on the world.

My favorite “wasted” time this year was two late nights making a Queen of Hearts costume for a Halloween dance party. It had been a while since I did something crafty, or handmade versus computer-generated. I had such fun making it, sewing and taping and gluing with no plan. And costumes are a double-fun project; you get to wear it too. I’m on the lookout for next year’s party already :) 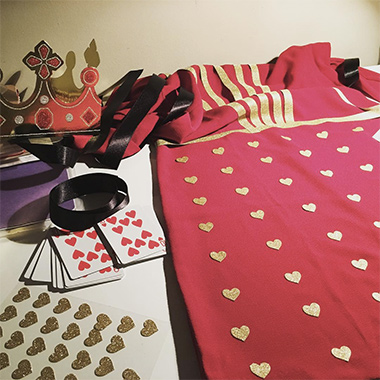 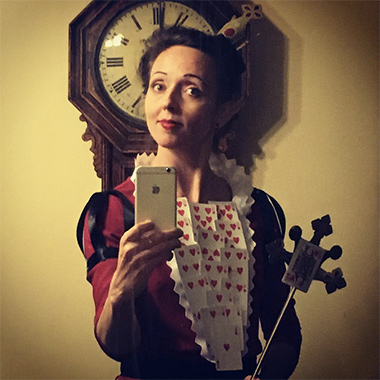 Was interviewed by Type Thursday

I was flattered to talk about typography, branding, and process with Thomas Jockin of Type Thursday.

With just one main client this year, and much less administrative work, I did a lot of stuff! On the product side, I did the (responsive) UX and UI for several new features, a secret product, a mobile app, a Twilio integration, and designed a massive pattern library (based on Material Design) for their customer-facing web app. Then on the marketing side, I designed a new logo, a branding system, and the new promotional website. It launched on New Year’s Day: turntonetworks.com

Moved into a new studio

The final transition was a new studio space. For the first months of 2016, I’ll be subletting my friend’s art studio (while she has a newborn). I wanted a standing desk full-time, with more space and quiet for thinking and exploring. She’s an inspiring sculptor, and we might do a business project together in that neighborhood. I’m excited to try this new combination. And I’ll still be dropping in at the Townhouse on the regular, so I won’t lose my coworking family.